The cities of Bedford, Danville, Lynchburg and Martinsville and surrounding areas

One of the goals of the AHEC program is to establish a youth public health program to expose and recruit high school students into health careers, with a focus on careers in public health, minority students, and the economically disadvantaged. To meet this and other goals of our AHEC center, PATHS develops and participates in health careers and promotion activities as well as community-based and clinical training opportunities including the following: 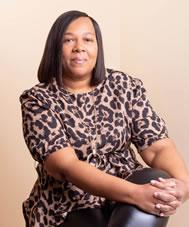 Anjanette Farmer assumed the role as the South Central AHEC Director in 2015. She has proven to be a highly effective manager with success in collaboration with various local organizations to build awareness of AHECs while building vital community linkages. She provides oversite in the development and implementation of organizational outreach and health careers initiatives. In her current role, she also develops and participates in relevant community events for the purpose of promoting health career options and overall mission and services of the organization. Anjanette also currently works as a Community Health Worker Supervisor to a team of 5 Community Health Workers and a Community Health Worker team lead.

Prior to her becoming the AHEC Director for the South Central AHEC, she worked in various other roles for PATHS, including functioning as a case worker, and an outreach and enrollment department supervisor. Anjanette is also an active member of the Dan River Region Health Collaborative Community Committee, the Cancer Taskforce Community Committee, and she also serves on the Virginia Community Health Worker Advisory Group.

Live, Work and Play in the South Central Region

The South Central region of Virginia serves the counties of Amherst, Appomattox, Bedford, Campbell, Franklin, Henry, Patrick, and Pittsylvania and the cities of Bedford, Danville, Lynchburg and Martinsville.