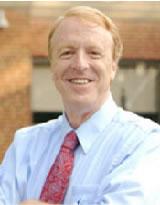 Senator George Lincoln Barker was first elected to the Virginia Senate in 2007. Prior to his election, he had been active in a number of civic and community organizations since first moving to Northern Virginia more than 35 years ago.

Senator Barker has two degrees from Harvard University, receiving undergraduate honors in Economics and Public Health and a master's in Health Policy and Management. For three decades he worked for the Health Systems Agency of Northern Virginia, seeking to contain skyrocketing health care costs, promote quality of care, and ensure access to medical care for Virginia families. He currently consults on health care issues.

More locally, the Senator has been a board member of the Occoquan Watershed Coalition since 1997, a member of the Green Breakfast Group since 2004, a member of the Mount Vernon-Lee and South Fairfax Chambers of Commerce, and was president of his homeowners' association from 1991-2007. He was president of the PTA at Robinson Secondary from 1992-94 and at Mt. Vernon High School from 2000-01. He previously hosted "Focus on Franconia" and "Spotlight on Springfield" on Channel 10's Fairfax Public Access Television.

Senator Barker and his wife Jane reside in Clifton. They have two grown children, Erik and Emily, and were foster parents to 13 children. He is a member of Fairfax Presbyterian Church, where he served as youth group leader and member of the governing board.