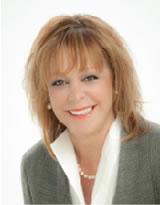 Debbie Johnston has been recognized as the Entrepreneur of Richmond, Philanthropist of the Year, and Woman on the Move. As founder and President of Care Advantage, Nurse Advantage, and All About Care, she has created a dynamic, compassionate care company that is devoted to giving back to the community.

"Originally I wanted to be a secretary like my mom, but after considerable coaxing from my dad, I decided to go into nursing. My dad told me that nursing would always afford me a job in good times and bad." Somehow, her parents scraped up the three-year tuition for Debbie to attend the Johnston-Willis School of Nursing.

Following nursing school, she decided to work in the operating room where she learned a lot in a short amount of time. In her book, The School of Heart Knocks, she tells the story of watching a 14-year-old girl receive her last rites in the emergency room. It was then that she decided to become a recovery room nurse, in order to lessen the close interaction with patients and guard against such heartache. "I began to see people being discharged quicker and sicker, which prompted my curiosity about what was happening to patients once they were sent home. It was this curiosity that led me into my career of home care."

Debbie sought and accepted an offer as a salesperson for a new national home health company in the area. After one year, she took the idea of home health care to a large hospital conglomerate and became the administrator of the division. However, the chief hospital administrator spun the home health division out on its own and decided to sell it. Debbie then received a push from a friend and started her own health care company. Care Advantage, Inc. was born out of a need to help people once discharged home. This has naturally evolved from helping patients leave the hospital to holding their hand and making their last few hours the best possible.

Today, Debbie is the sole owner and president of Care Advantage, Inc., which has become a leading company for personal and companion home health care, with 17 offices and affiliates throughout Virginia. Debbie's companies, Care Advantage, Inc., Nurse Advantage, and All About Care, together employ approximately 3,000 health care professionals in Central Virginia and surrounding areas. "I believe that one of the best things about growing a financially successful company is having the ability to give to others. We have given over a million dollars to organizations all over the community. I also started Eunice's Circle of Widowed Friends, which is a social group for widows and widowers, and those individuals who have lost a loved one.”