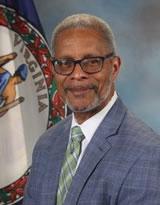 Prior to this appointment, Dr. Oliver served as the Deputy Commissioner for Population Health for the Virginia Department of Health. Before accepting the Deputy Commissioner position, Dr. Oliver was the Walter M. Seward Professor and Chair of the Department of Family Medicine at the University of Virginia School of Medicine. As Chair, Dr. Oliver helped lead the transformation of the Department’s clinic sites into patient-centered practices focused on population health. In his role as the Deputy Commissioner for Population Health, Dr. Oliver worked with others in the health department, other state agencies, and health care systems across the state to improve the health and well-being of all citizens of the Commonwealth. He remains committed to a cross-agency and multi-sector approach to implementing population health initiatives.

Improving population health requires addressing the health-related social needs of all Virginians, including the Commonwealth’s most vulnerable communities. Dr. Oliver has a long record of accomplishment, studying health inequities, particularly as it affects racial and ethnic minorities, has been the focus of his research. Most recently, his research interests lie in the area of improving our understanding of the role of racial discrimination, bias, and prejudice in establishing and maintaining these health inequities and the understanding of the interplay between race and socioeconomic position in these disparities. Improving our understanding of racial and ethnic health disparities and developing effective interventions to reduce or eliminate them are major goals of the health department.

Dr. Oliver attended medical school at Case Western Reserve University, where he also obtained his Masters degree in medical anthropology. He trained in family medicine at Case, and he then practiced broad-spectrum family medicine in rural Alaska for 2 years before joining the UVA Department of Family Medicine in 1998.