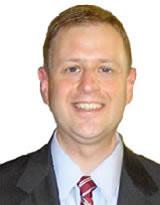 Patrick A. Hope is a Member of the Virginia General Assembly as the Delegate from the 47th District of the Commonwealth of Virginia and was re-elected for his third term in 2013. He serves on the House Health, Welfare, and Institutions Committee, Courts of Justice, and Militia, Police and Public Safety Committee. In his first year he was elected co-chair of the Freshmen Caucus and also is the founder and the co-chair of the Virginia Progressive Caucus.

In 2014, William J. Howell, Speaker of the House of Delegates appointed him to serve on both the Joint Commission on Health Care and the Virginia Health Workforce Development Authority. The JCHC works to ensure the greatest number of Virginians receive quality health care and the VHWDA focuses attention on developing a statewide professional health workforce benefitting all Virginians.

Governor McDonnell appointed him to serve on the Virginia Health Reform Initiative and is the only House Democrat on that committee. Additionally in January of 2013, the Governor also appointed Delegate Hope to serve on the Task Force of School and Campus Safety. This group will review school safety, including established policies and procedures, crisis and emergency management plans, threat assessment protocols, as well as share best practices and identify resource challenges. This task force will also provide legislative and budget proposals to the governor to address any critical gaps or needs associated with safety and security in our schools and on our campuses. He is a health care attorney with over 13 years experience working for Virginia and has been recognized by numerous organizations including the 2010 Legislator of the Year by both the VA Transit Association and the VA Academy of Family Physicians.

He is a health care attorney with over 13 years experience working for Virginia and has been recognized by numerous organizations including the 2010 Legislator of the Year by both the VA Transit Association and the VA Academy of Family Physicians.

After spending several years working on Capitol Hill for Senator Bob Kerry (D-NE) and Representative Henry B. Gonzalez (D-TX), Patrick worked for various health care organizations working to improve access and care for patients. He currently is the Director of Legislative Policy at the American College of Cardiology. He also is an Adjunct Professor at Johns Hopkins University Bloomberg School of Public Health.

Patrick also has a very strong record of community leadership. Patrick was the founder and first president of the reorganized Buckingham Community Civic Association (2003-2009) and chaired the Arlington County Community Services Board (2005-2008). He also was co-chairman, Arlington Implementation Task Force to End Homelessness (2008-2010), and Commissioner for the Arlington County Commission on Aging (2002-2007).