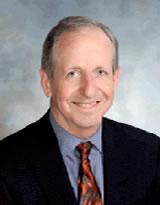 David E. Brown, DC was appointed in 2014 by Governor Terry McAuliffe as the eighth Director of the Virginia Department of Health Professions (DHP).

Dr. Brown is a former member of the Virginia Board of Medicine (BOM) and the Board of Advisors to the American Board of Independent Medical Examiners. He also served as Mayor of the City of Charlottesville between 2004 and 2008, continuing on city council until 2012. Dr. Brown began his health care career in 1982 when he established his chiropractic office in Charlottesville. Most recently, he was special assistant for two years to Delegate David Toscano (D-VA).

A former president of the Federation of Chiropractic Licensing Boards, Dr. Brown was also a member of the Virginia High School League Sports Medicine Advisory Committee and the National Board of Chiropractic Examiners. Additionally, Dr. Brown was Chief Operating Officer for Edison2, a Charlottesville area start-up company that won the prestigious 2010 Automotive XPRIZE for high fuel efficiency.

A native of Virginia’s Eastern Shore, Dr. Brown graduated from the University of Virginia in 1977, and received his chiropractic degree from Western States Chiropractic College, in Portland, Oregon, in 1981. He and his wife, Jean Hiatt, have two grown sons.